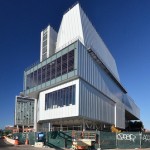 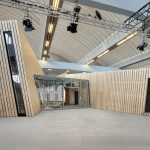 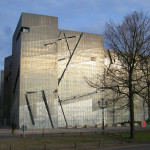 Today we had a guesst to our seminar, Gabrielle Starr, a clearly brilliant woman whose text Feeling Beauty builds a case for the value of mapping the aesthetic experience on the brain. She explained her experimental designs, including both interviews with individuals as well as MRI scans when people read poetry. We were all a  little ( in some cases, a LOT) taken aback when she admitted to rewriting sonnets to get rid of rhyme.  Rhyme is apparently so 19th century.  She writes about the “sister arts” of literature, music, and the visual.  We did engage in a fascinating reflection on why seeing an image on the computer screen–no matter how high def- is dramatically different that seeing the work on the wall of a museum, or perhaps even more so if in a church, etc.  While we tend to think of the visual arts as  static exercise: one looks and sees.  We discussed the aesthetic experience as an event, one which can include walking around, seeing the painting from different angles, role of lighting, seeing of texture, etc.  If viewing visual art is an event, then its “sibling status” to durational arts of music and literature begin to emerge.

We also had an arresting discussion on why Plato may have rejected tragedy while Aristotle embraced it, or at least acknowledged its value  Alexander Nehamas argues that when Plato was writing tragedy was still new and in some senses too contemporary.  All current art is viewed suspiciously and we worry about its effect on us, or in many cases, we simply do not understand what it is trying to do and dismiss it.  But by the time Aristotle was writing about tragedy, it had become part of the canon, if you will, thereby honorable and accepted. I myself found that theory intriguing but surely drama was around  and established by the time Plato was writing??

We ended our morning with a sidebar look at the pricing of art.  This has always bothered me: how does an artist determine what his or her work is worth?  Or the art market?  Is it simply what the market will allow for it to sell?  We are far away from aesthetic value at this point.  Case illustration:

Gertrude Vanderbilt Whitney–she started it all

Our afternoon was spent at the new Whitney Museum which moved from the 80s uptown down to Gansvorrt Street down in the Chelsea area of Manhatten.  Our tour guide, Paula, was incredibly knowledgable and articulate about the works she showed us.  One thing I learned was the importance of bringing background knowledge of the artist, the movements with which they were associated, and the historical times of their production, to make the art comprehensible.  One clearly sees differently the more one knows.  This would suggest that to experience art aesthetically in a meaningful and deep way, one must know something, bring something to the art work itself. The exhibit, American is Hard to See, includes works from their permanent collection, many of which I had seen at the uptown location and lovingly (or in some cases confusedly) recalled.

Circling back to Plato and Aristotle (doesn’t everyone?), I am wondering as I look at the newest art: is this really art or a one point statement?

What we would like to do in our last two days:
1. See images or listen to some examples as prompts for discussion.
2. Explore non-Western notions of beauty

So, with that in mind, I add my musical interlude for the day.  What qualities of this music render if beautiful but perhaps not easily accessible to the Western ear?