This past week I attended the American Philosophical Association, Eastern division meeting.  It was held in Baltimore, MD and after an uneventful, even pleasant trip on Amtrak I found myself in this city, taking a taxi to the hotel near the waterfront.  The Eastern Division meeting is a daunting mix of graduate students, eager to see what job possibilities there may be, younger faculty jockeying for attention from the “important philosophers” and the important philosophers themselves who live in an alternate universe at the intersection of Mind and Ego.

What struck me most was the imperviousness of everyone to others.  Standing in an elevator (a fairly common occurrence as I traveled between my room and the conference rooms) I would observe everyone staring straight ahead, somber, as if at some funereal observance. They were Serious People with Big Ideas, not small talk.  But surely we were all there as members of hte same cohort group?  In the journeys up or down electronic dance music reverberated in the elevator car.  Rather incongruous! The temptation to dance was strong but I resisted the urge.  Once I was in the car with one other person when I noticed that on the intercom was an entire exchange about firemen working on an elevator, as if from a walkie talkie.  He stared ahead until I piped up that it sounded like something was going on somewhere.  He burst into a relieved smile and said he thought it was my phone.  But the transformation from robot to human was quite remarkable.

In the lobby everyone was looking for familiar faces, fellow faculty and colleagues from other institutions,  but no one seemed to see anyone else.  It was a kind of blindness of the intellect:  so intent on ideas and their presentations that other people were simply non-existent.  After all, if a woman walks through the book area but you do not see her, does she exist?  I supposed it is worth noting that philosophers tend to be introverts, even to a pathological degree, so perhaps I should not be so surprised.  Shy myself, I confess to not speaking up to others very often.  But when I did make a passing comment or hold a door open (yes, I see you there behind me), a spark of person did emerge.  Somehow that gesture appeared to be unexpected and rare.

My most startling encounter with humanity occurred when I was walking down the street one morning, on the way to a coffee shop.  A woman on her way to work stopped briefly before a homeless man and reassured him that God loved him and that there was a mission to which he could go for warmth and good.  All the while he yelled and cursed at her and the world, rocking back and forth in a bitter anger at everything.  Sh smiled and continued to wish him well.  She saw him as a person and acknowledged him.  There was a lesson there for me, and perhaps all the philosophers at the APA.

Shortly after the meeting ended and I had returned home, the Daily Nous, a cleverly named website that publishes news in the philosophy profession, highlighted philosopher Bence Nanay who won a substantial award to study “Seeing Things you Don’t See.”  His study will tackle multimodal sensory experiences, for example how hearing something affects vision.  I immediately thought of those individuals who drive with their subwoofers throbbing to the point where one has to question how they can see the road at all.  But that might be too simplistic a point for Dr. Nanay.  Nevertheless, I saw an intriguing link between the title of his study and my experiences at the APA, both within the conference and outside on the streets.  And herein lies my bigger message:  we have to see one another as persons, speaking to them, looking at them.  Then we can be human. This coming week I am fortunate to participate in a seminar sponsored by the FRN at NYU in New York City.  The topic of my seminar is on beauty.  We have yet to meet as I post this but the leader, David Konstan, asked that we right a page or two abut our own idea of beauty.  I look forward to the other participants as their fields range from literature to design to fashion to accounting.  The interest among so many diverse discipplines is the first clue that defining beauty will not be easy.  What could we all possibly have in common?  I worry that in the very act of defining beauty we will be pinning the butterfly to the board.  While we have it there for us to inspect, have we loss the butterfly in the process?  So I think I will simply point to examples and wait to see where our ‘team’ collectively goes this week.

I do not want to limit my thinking to the visual but I will start there.  Here are a collection of images, each of which I would suggest is beautiful (which could be seen as shameless plug in some cases for my skills as a photographer–never mind) or depicts the beautiful. I have chosen images here to speak for me and you will find people, landscapes, art, architecture, and animals included. 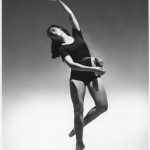 My mother, the last picture before she died. Still beautiful and perhaps even more so… 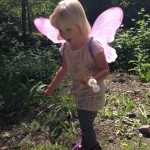 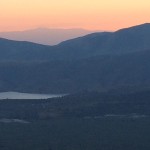 view from Delfi- one of the ‘thin places’ in the world 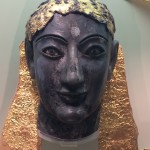 Apollo– no more need be said. 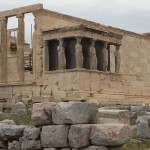 on the Acropolis: ruins and yet beautiful 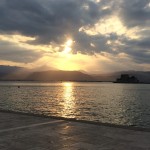 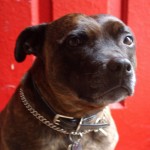 Stella- a Staffordshire Bull Terrier who loved the world, excepting other dogs 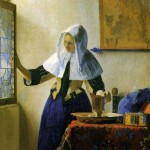 But what of the non-visual examples? Well, in music I cannot begin to choose.  So many… But here is one:

And while again, literature abounds and I defer to the experts, my current poet choices would be Charles Wright and Mary Oliver.

By highlighting beauty as multifaceted I think we can allow for some “ugliness” to be included.  the beautiful is not the pretty.  But that should wait for further reflection.  I suppose in the end I am in the Platonic camp: beauty is the longing for the eternal, the acknowledgement of the effervescence of life that is both tragic, beauty, and our destiny.