When I was in seventh grade I refused to go trick-or-treating because I felt that I was too old.  I do recall looking wistfully at my brother as he excitedly went off but it seemed childish to dress up and beg for candy. Halloween was for children and it was on October 31st.

Now Halloween has become a month (if not longer) event and everyone in the world gets costumed up and celebrates. Never mind that the origin was as the eve of All Saints Day.  Religion has nothing to do with Halloween but lawn decorations, risqué costumes, and parties does. With an added dose of apparently licensed vandalism.

What happened?  Well, I have three explanations to offer:

1. As with most holidays in the United States companies figured out that they could 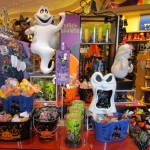 merchandize it and so it became an excuse to sell all sorts of products: from plastic decorations, lights, pumpkins and assorted whatever to stale candy (on the shelves in August) and costumes (for women the racier the better.  Why do all the costumes for women look like slut wear?)  It is all about selling stuff to us.

2. A second reason is that because we no longer have the

rhythm of religious ‘holy days’ or some sense that there is a bigger context in which to see ourselves we need some focus in our lives and these secularized holidays fill the desperate need for meaning. So we begin Halloween in

August, Christmas in September (check out the stores in your area), and St. Valentine’s Day in January, and so on. We put up decorations weeks before the events as we thirst for something important in our lives.  Plastic blowup lawn ornaments seem, in some strange way, stand-ins for genuine contact with a reality larger than TV and the mall.  Maybe we do not go trick-or-treating for candy but we are clearly seeking something.

3. Adults no longer want to be, well, adults.  We want to be young (cue multimillion dollar industry which relentlessly reminds us to stay as such) and we want the

carefree (were they ever?) days of childhood.  So we dress up in costumes for work and for the string of parties. We act silly and use Halloween as an excuse to play dress up, rivaling the kids for attention.

Of course the reader may decide that this is just me being a sourpuss and a killjoy and that adults love Halloween and have rediscovered their playful selves.  But I am not buying that.  Are you?

So it has been a while since I created a post here.  My bad.  But with teaching, working on conferences, committee work, and life in general, I find little time for blogging.  I have, however, discovered Cowbird and love the image/narrative cadence it offers.  I have posted a couple of modest contributions in recent days.

Today, however, I am reveling in the idea of the Oort Cloud.  This cloud of frozen rock is the source of comets that race by our planet in regular intervals. Nothing living/but multiplicity with motion, ‘goals’ or impetus to move beyond into our regions and towards the sun–the death of all that enters it. Or perhaps it is a cloud composed entirely of Oorts–little creatures with big red eyes and bat-like wings that flit around the solar system, looking for minds that have wandered into territories unknown.  Attracted by the chemical scent of curiosity and the glow of visions unseen, an Oort hovers over the unsuspecting being, watching, waiting… much as we used to imagine angels did.

What is outside over there (as Maurice Sendak captured so beautifully in his mysterious picture book) that invites us to look up at the moon, to seek out the stars?  And why does the Oort cloud image resemble Parmenides’ idea of Being? 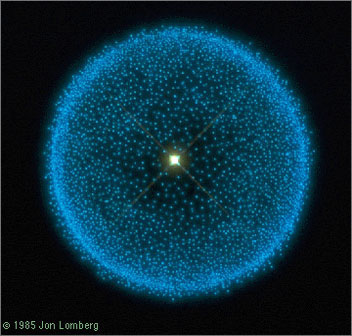 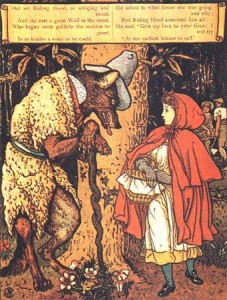